What to Expect from the Weather

Travellers to Spetses during the summer find it difficult to imagine extremes of weather when all they experience is the unrelenting heat of August! But Spetses does experience cold, wet winters and between 2000 - 2006 had a snow fall each year (these are normally very light - except in 2006 which was fairly heavy, high up in the hills). The information below is just a guide of the average weather to expect. 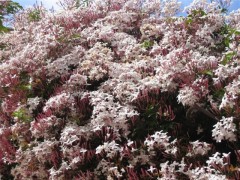 The island has a short spring when temperatures range from 15 - 25 degrees Celsius. The weather is changeable still with the risk of sudden showers. Sea temperatures start to rise and many people, especially those from colder climates, enjoy a swim in the sea. Spring is a particularly pretty time for the island with lots of flowers and greenery. The island is quite literally ablaze with colour. Evenings can still be a little chilly. 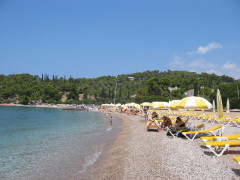 The weather on Spetses during high season is predictably hot, ranging from 25 - 38 degrees Celsius during the day. Humidity is low and rain fall during high season is rare but not unheard of. Sea temperatures increase to approximately 26 degrees by the end of the summer. August often brings windy weather that blows up from northern Africa so it's a warm/hot wind. Temperatures have been known to rise to 44 degrees during July and August. 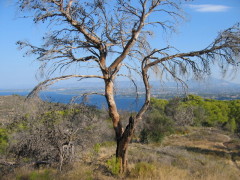 One of the most popular seasons on Spetses. The weather is still warm and while it's a little changeable, is still dependable enough to eat out in the evenings. Temperatures start to drop but the sea temperatures are high enough still to make bathing less bracing than it is in the spring. Nights become more bearable and it's a welcome change, after such a long hot summer, to put a light duvet or blanket on the bed. 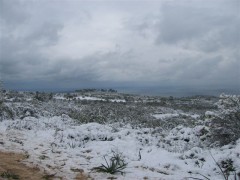 The winter months are generally cold and damp with lots of rain. Most of the island is closed during these months. Temperatures rarely drop below freezing. January - March are often punctuated with really sunny, warm days. These days aren't to be relied upon though, but viewed as a bonus. Very rarely there will be a sprinkling of snow on the very tops of the mountains, but as mentioned above, between 2000 - 2006 Spetses had a snow fall each year. 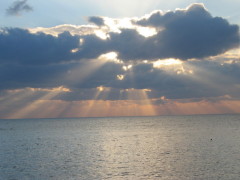 Spetses is at the entrance to the Argolikos Gulf and because of this, the weather on Spetses is affected by the land-mass of the Peloponnesus. To the north, Argolida is 3km away, to the west at 30km lies Leonidio, while to the north-west, the bay extends 50km all the way to Nafplion. The various winds are all dependant on the difference in temperature which the sun creates between the sea and the land.

The weather is invariably good when there is a natural change-over in the winds, i.e in the morning, the maistrali (mistral), from the west, and in the afternoon, a boukadoura, or batis which comes in from the south or the east.

After sunset, temperatures drop on the Peloponnesus land-mass, and the cool air from it begins to blow towards the sea. It can begin in the first few hours of the new day, and usually begins to weaken with the dawn, around 8am. It has normally completely gone by midday.

In the meantime the sun has risen further; the mass of the Peloponnesus warms, and pulls on the air above the sea, so the wind blows from the south-east in towards the Argolikos Bay, with greater force in the afternoon. If there is no boukadoura in the afternoon, this is taken as a warning by the locals to expect intense west winds, or the pounentis.

This is caused by cool air masses coming from the north-west straddling the sea, and trapping the evaporating damp air close to the sea's surface. This in turn causes a heavy mist and reduces greatly visibility close to the horizon. The barometer drops and the waters rise. After midday, there is no breeze at all, and it becomes very warm. With the sunset, when the land temperature drops, the cool air sweeps down to the sea with great force. This is when all hell breaks loose on the jetty of the Possidonion, as many boat owners are wont to carelessly go off for a relaxing meal, leaving their vessels to the mercy of the weather.

The bourinis appear at the end of August, beginning of September from the west, with tall, crashing waves, strong winds and heavy rain. Before a bourini, it is hot, hazy, and the barometer drops. The horizon towards Nafplion darkens with clouds, and the storm will usually break just before sunset.

All the above phenomena generally apply to the summer. During the winter there are south and north winds from other weather systems.

Wind information was compiled with much help from: