The electricity company is called DEH. It is located over the small bridge after Ayios Mamas. The electricity supply can be affected for various reasons, usually if there has been a summer fire on the mainland and one of the lines is down. The lines also run along the sea bed and on the odd occasion, there have been temporary cuts. In the past strikes have also been a reason for temporary cuts too. This never last for longer than a couple of hours. If it happens late at night, it can make for a romantic ambience, as everywhere is candlelit.

Since the year 2000, the telephone lines to Spetses have been digital and it is now possible to get ISDN and ASDL. Spetses has a telephone exchange operated by the National Provider called OTE. The dialling code for the island is 22980 and this code, even when you're on the island, is required with the actual telephone number. The country code for Greece is 30. There are public phones that take phone cards only on the Dapia and outside the OTE office. Phone cards are available from many of the general shops on the harbour front and from the island's supermarkets.

The Spetses post office known as ELTA - Hellenic Post, is situated on the inland road that runs parallel with the seafront road between Dapia and Ayios Mamas. It is open every day from 8am to 2pm. Post is delivered from Monday to Friday and temporary visitors can have their post delivered to the PO care of 'Post Restante'.  Long stay visitors may consider renting one of the small post boxes within the post office.

Stamps are sold here, but can also be purchased out of hours from shops selling postcards. 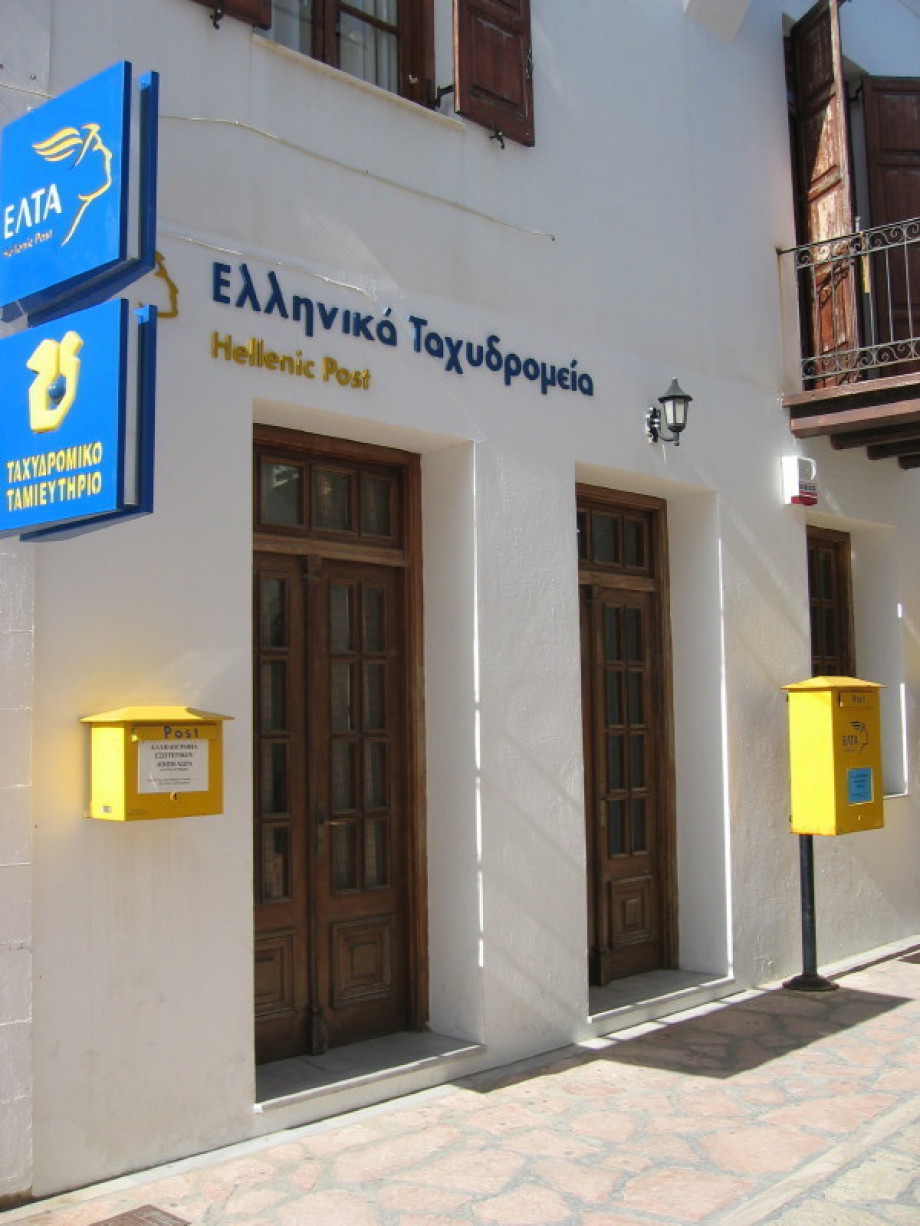 The Spetses Town Hall or Municipality Office (pictured above) plays a very important role on the island. Most information can be obtained from one of the desks or offices, located in the building and the Mayor can be found here most mornings. Civil Weddings can also be arranged here.

The water supplied by the town is perfectly safe to drink and cook with, but bottled water may be preferred. Also, those with susceptible stomachs might find the change of the water mineral content too much and should consider drinking bottled water only.

Spetses has no natural water available. It is supplied by the mains system, via pipes that pump the water from a number of huge tanks above the town. The tanks are replenished on a daily basis with water that is shipped over from the mainland. Some houses on the island have their own fresh water cisterns and the town's water supply is augmented with this collected rainwater. Although enough is supplied, now and again, when the island is particularly busy (at early evening shower time in July/August) then there can be a serious drop in pressure. It may come to an abrupt hault, but is usually back on again within a couple of hours. When it is re-supplied, taps may have to be run for a few minutes, as water may come through a reddish-brown colour (but this is usually if there has been a repaired leak). The hot water tanks in most houses are fairly small, so a hot shower may be shorter than expected. Re-heating between showers is advisable.