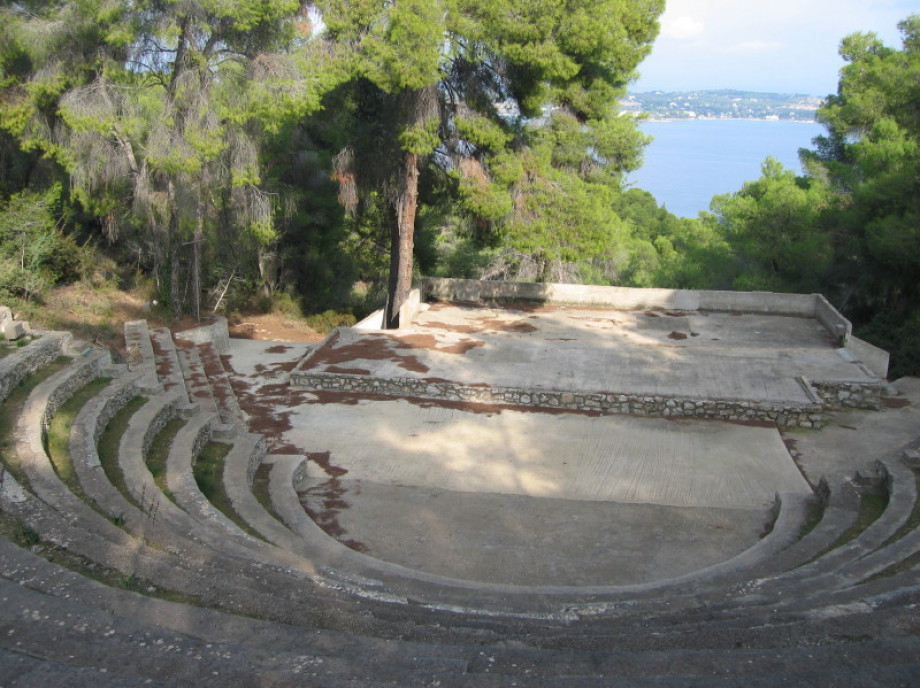 The Anargyrios College amphitheatre is to be found up a long and very steep winding hill, behind the college. It is used for a few functions throughout the year, but is particularly renowned for its late June/early July American College performances.

There are usually between 3-4 performances, in English, on different evenings, starting at 9pm and ending at approximately 11pm.

The theatre is often used by the local schools too. It has been used for primary school Greek dancing performances over the years.